By Yaneth Perea Habits and Health No Comments

At the time of writing this blog the Olympic games are just entering their second week. It is hard not to be inspired.

Whether it is because of an Olympic diver that was given a 5% chance of survival only years ago, or because of a girl from the favelas who has risen above her troubled background to win judo gold in front of her home crowd, or because of the monumental achievements of any one of a number of athletes.

Obviously, their success takes hard work, enormous self-belief and a lucky turn of the dice in terms of genetics.

But what can the average Joe learn from how elite athletes train. And how can you use this in your own life? 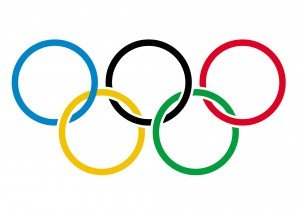 What are the Olympic competitors made of?

Only one-millionth of one percent of the total world population competes in the Olympic games. So it goes without saying that getting to that level of competition is an absolutely incredible feat.

Take the most successful Olympian of all time, Michael Phelps. He swims for an average of 5 hours a day, and that doesn’t even include the time he spends in the gym. And he does that week in week out, all year around.

Without the right body profile or a significant amount of natural talent, you are unlikely to ever make it to the top of the podium. But there are things that all Olympians do that are good practice and will help significantly even for the recreational sportsman.

The disciplines of the elite athletes

Of course, it takes hard work to succeed in any endeavor. But the lay sportsman often misinterprets the value of hard work in a way that has a negative impact on their success.

Overtraining is a major cause of injury for the average athlete. Unbridled enthusiasm can quickly cause the body to break down

Olympic athletes don’t just train hard, they train smart. Success doesn’t happen by accident. Training is planned and reviewed, and rest and recovery are factored in from the outset.

Because an Olympian trains for at least 4 years the training programme is periodised. In other words, the intensity of training is varied at different stages through cycles of moderate, easy, or hard sessions on different weeks or different days.

The recreational athlete often becomes too rigid in their training regimes. And another frequent cause of injury is lack of variety in training routines. Training for extended periods of time requires imagination and variety.

When something isn’t working elite athletes are prepared to adjust what they are doing. They are open to advice and feedback from coaches and colleagues. All top athletes keep training diaries. Having a very clear outline of how your training has progressed is vital for future planning.

And finally, one of the keys for top athletes is self-awareness. Knowing what environment suits them the best, what mindset works well, and what pre-competition routines help to keep them focused and performing to their fullest.

Introspection and knowing and analysing what works best for you can have very beneficial effects.