The physical impact of drugs on the body – a closer look

By Yaneth Perea drugs No Comments

The physical impact of drugs on the body needs a closer look.

Often times, the experts go straight to the longer-term consequences of drug use.  There are, however, plenty of short-term consequences, both physical and psychological, that should not be overlooked.

Once again, we are not here to preach or judge. We just want to raise awareness of how drug use can affect the body. 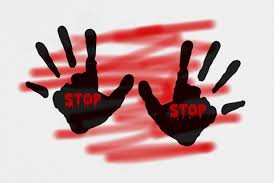 The physical impact of drugs

How widespread is drug use?

There are, obviously, some areas and some environments where drug use is more prevalent. However, drug use is still fairly widespread in the UK.

The possibility of addiction has grave repercussions, even for the occasional user. But what of the more immediate impact? Drugs may give us a heightened sense of euphoria in the short-term. But what do they do physically?

The different types of drug

Broadly speaking, there are three different types of recreational drug. They fall into the categories of depressants, stimulants, and hallucinogens.

Whilst typical depressants include,

And the list of hallucinogens includes LSD, PCP, DMT, and the increasingly popular Ayahuasca.

But what is the physical impact of these drugs?

Undoubtedly, there is a perceived upside to most drugs. No-one would put themselves through the unpleasant downside without some perceived benefit.

Following the initial boost, however, which is often extremely short-lived the negatives kick in.

Firstly, let’s look at the impact of stimulants. They increase heart rate and blood pressure. Clearly they are especially detrimental for people with heart conditions. They can cause your pulse to race, your chest to tighten and lead to headaches (which can often be severe).

In more pronounced episodes they can cause increased sweating, chills, vomiting and muscle twitches.

Next, there are all the downsides to depressants. As a rule, depressants slow things down. This can include vital functions such as the respiratory system, the digestive system, and the liver. Even in the short-term, this can cause issues with chronic constipation or respiratory infection.

Furthermore, even within a short time frame, they can cause issues of depression and anxiety. As well as disrupting sleep (insomnia) and leading to sexual dysfunction.

And hallucinogens cause havoc in no time at all. There use can lead to excessive sweating, an extremely dry mouth, sleep disorders, loss of appetite and cardiovascular issues.

The physical impact of drugs on your health is immediate. They cause trauma and imbalance from the get-go. In the medium term, they can induce further complications. These include mental health issues, slower healing from injury and sickness and slower bone growth.

And as we know, the dangers over a longer period are dire.

This is a highly sensitive subject of course. But tackling your usage as early as possible will bring multiple rewards.

At Perea Clinic we would like to support your move to a healthier lifestyle in any way we can. Good nutrition, regular exercise, massage and many other services we offer can help. So let us help you to lessen the physical and psychological impact of using drugs. And of course, if your usage is well established, seek other professional bodies for advice too.